Listen to Sahffi on SoundCloud:

Each song on this album represents an "entropic moment" of life, a moment where life changes forever, good or bad. Recorded live at Bonnie Bridge House Concert Series in Ellicott City, MD, in 2015.


After her #1 hit "Summer Breeze"in Botswana in 2010 with N'Dinga Gaba, Sahffi was approached by producers from around the world. Her fourth album features remixes from Zimbabwe, the UK, South Africa, and more. Free download! 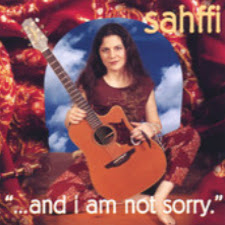 
reveals a classically-trained musician as she experiments in her new medium.